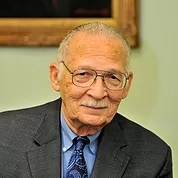 Dr. Edward Adolphus Rufus (Earl) Lord, Jr. was born the eldest son of Dr. Edward A.R. Lord, Sr. and Madelyn Lord on November 25, 1937 in Jacksonville, Florida.   Earl grew up in Bainbridge, Georgia, where his father was a physician and Associate Pastor of First African Baptist Church in Bainbridge.

Earl attended Fisk University and Meharry Medical College, and was Board certified by ACOG.   He delivered between nine and ten thousand babies during his nearly five decades career.

He united with Wheeler Avenue Baptist Church.  He was ordained as a Deacon and served as Chairman of the Trustee Board for many years. His deep compassion and love for God’s people led him to serve in many organizations within and without the medical community where he used both his professional skills and his spiritual gifts.  Among them are: Chief of Staff and Chief of Departments at St. Elizabeth, Riverside, Lockwood, Memorial Baptist and Sharpstown Hospitals; Chairman of the Board of Directors for the Charles Drew Medical Center; Board of Trustees of the National Medical Association; Board of Trustees, The Ensemble Theatre; President of the Board, The Imani School; and the Board of Directors, South Central YMCA.

Dr. Lord began practicing in Houston with Dr. B.T. Hollins before founding Houston Care P.A.  before retiring. He co-founded, and served as Medical Director of, ABC Health Connection, Inc. until his death.

Earl was married to his college sweetheart, Mildred Hogan for nearly 60 years.

He was preceded in death by his parents and  four siblings: Yvonne, Louis, Lucille, and Marjorie.  He is survived by his loving wife, Mildred, four children, Lisa Lord Pearson(Michael), Adria Dianne, Edward III (Trey) (Dawn), and Jonathan (April);  two sisters, two brothers; nine grandchildren, and many other relatives and friends.